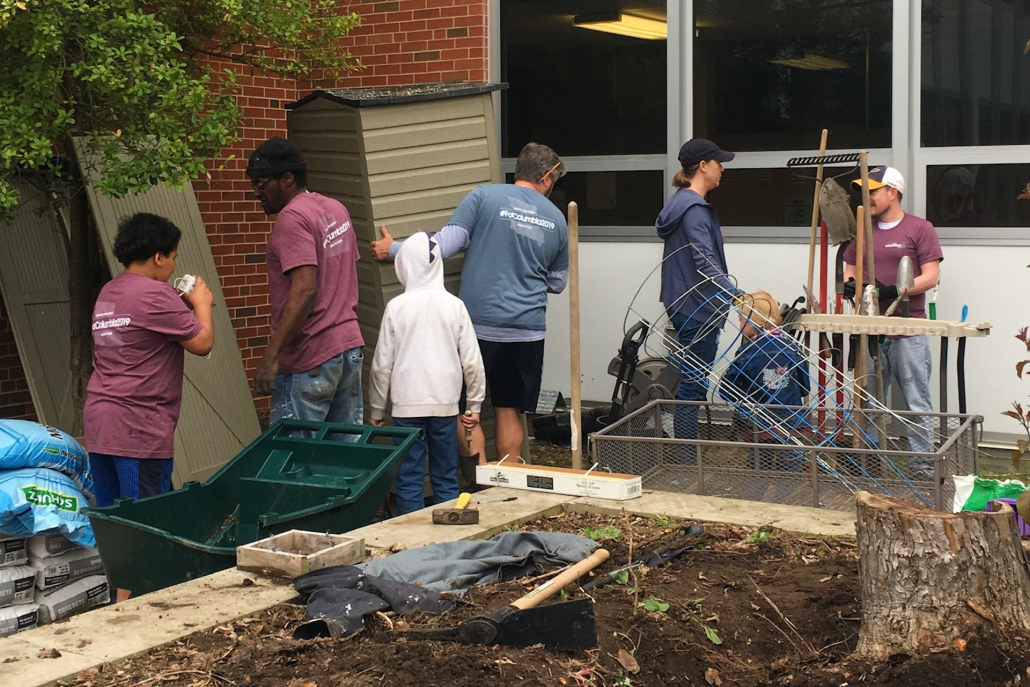 Continuing with our Serving Sites blog series, here’s what ForColumbia director Shelly Mayer has to say about why we volunteer to help beautify and upgrade City of Columbia public spaces.

This is my seventh year heading up the annual ForColumbia Day of Service. In the past few years, I’ve lost count of the number of times a sincere volunteer has asked me the following question.

“Why we are sending valuable volunteers to clean up, rebuild, and otherwise beautify public spaces?”

After all, they reason, shouldn’t our tax dollars be taking care of those spaces? It’s a fair question, and one that deserves a thoughtful response.

My first response is to share with that person how much I personally love the City of Columbia.

Year after year, the people who step up to serve as part of ForColumbia planning share that deep affection. We all very much want to see our entire city flourish. We also want to approach our annual Day of Service with open hearts and open hands.

Secondarily, I explain that we keep in mind that tax-funded areas have the ability to pay for materials. So, most often, what ForColumbia offers is our greatest resource – our amazing volunteers.

However, we all know that tax dollars are very often stretched to the breaking point. There are some facilities that might languish for years. They wait for limited resources to be prioritized for their needs. But we can jump in right now and make a real difference. This is why this year, once again, you will see a lot of ForColumbia T-shirts adorning our volunteers as they labor away in city parks, public schools, and other community-use spaces.

One of the key factors ForColumbia uses when determining where and how we ask volunteers to serve is the level of need. After that, we tend to favor projects that without our help, wouldn’t happen. This is why we’re so passionate about serving individual families who don’t have other support systems around them.

But equally important is our desire to love and serve our city, without an agenda. The core of our mission is to let Columbia know that we are “for” our city. Serving in public places makes it possible for us to serve all our fellow Columbians. We want the ForColumbia effort to be 100% other-focused. We want it to touch as many of our neighbors as possible.

If the people affiliated with ForColumbia have any sort of hidden desire (and it’s really not so hidden), it’s this. We hope to develop new and lasting relationships with people in other churches and indeed across the entire population.

That’s the thing that really excites me about this effort! It’s the inevitable outcome that keeps me coming back year after year. I love seeing the way ForColumbia knits our community together in dozens of different ways.

Blessings are best when distributed freely.

Personally, I find the account of the life of Jesus in John 2 fascinating. This passage tells us that Jesus – after some initial resistance and good-natured prodding from his mother – chose a simple wedding in Cana as the venue for His first public miracle. What I especially like about this retelling is that Jesus performed a miracle that was beneficial to all present, regardless of their belief. No one was asking the Master of the Banquet about his belief system before he boldly pronounced the miraculous wine as “the best.”

Jesus most often served people completely free of an agenda. True, sometimes He asked people if they believed in Him or otherwise challenged their motives. Most often, though, His agenda was to love and serve as a means for glorifying His Father. In another story he healed ten men of leprosy, knowing only one would turn back to express his gratitude. That sounds to me like loving without an agenda.

We cling fiercely to the example of Jesus as we love and serve in both public and private spaces.

We’re inviting you to make a tangible difference on April 30, 2022.

On April 30, Lord willing, we will once again send teams out into the community to work at nonprofit agencies, private residences, and public facilities. We won’t be passing out Christian tracts as we mop floors, apply fresh coats of paint, or spread mulch. We won’t ask for anything as we move out into our community to beautify, rebuild, improve, and reclaim.

What we will do instead is seek to (imperfectly) glorify God as we love and serve our City of Columbia neighbors. We’ll hope to forge new partnerships, increase the awareness of need, and make a few friends.

Why do we keep serving in this way?

Transparently speaking, ForColumbia wipes me out every year. It’s exhausting and often frustrating. The people who serve with me on the exec team go through the same thing. Additionally, there are site leaders who pour literally hundreds of hours into various projects. No one could take these ambitious projects from start to finish in a single day.

More than one observer has stepped back from the whole thing and asked the obvious question: “Why? What motivates you to work this hard for people you don’t know?”

The truth is that we get something out of it, too. We gain by giving away. Somehow, in the economy of God, it feels much better to serve than to be served. It’s almost as if following the example of Jesus causes us to flourish.

And Jesus called them to him and said to them, “You know that those who are considered rulers of the Gentiles lord it over them, and their great ones exercise authority over them. But it shall not be so among you. But whoever would be great among you must be your servant, and whoever would be first among you must be slave of all. For even the Son of Man came not to be served but to serve, and to give his life as a ransom for many.”
Mark 10:42-45 (ESV)

Join us on Saturday, April 30, to live out God’s calling on our lives as those He has called to serve others. 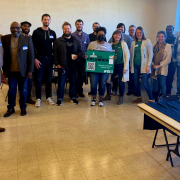 Why I Serve Alongside ForColumbia Year After Year 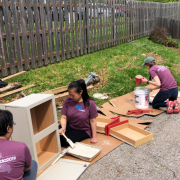 ‘What If It Rains?’ and Other Frequently-Asked Questions 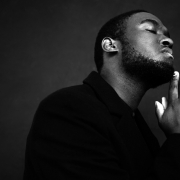 Prayer or Service? Abiding in Jesus Will Include Both 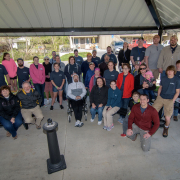 FAQ for Volunteering with #ForColumbia2019 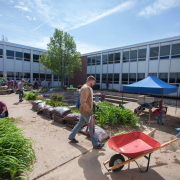 “So…What’s the ForColumbia Day of Service All About?” 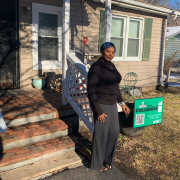 Loving Our Neighbors Made Simple: ForColumbia 2022

“And who is my neighbor?”